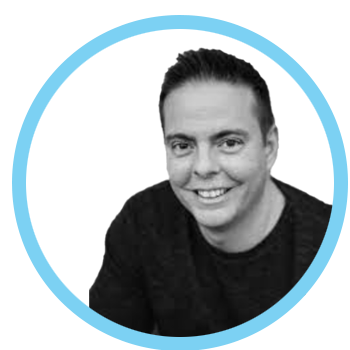 Hailing from the small town of Prescott, Jeremy graduated from the University of Arizona and promptly moved to Los Angeles to pursue his entertainment industry dream. After working as a writer and producer on several animated shows, Jeremy rose to notoriety with his high concept ideas and intense love of action and comedy. He was the brainchild of the much-lauded Scooby-Doo / Supernatural crossover that is still considered one of the best episodes of this long-running CW series. “Scoobynatural” premiered to thousands of fans at the Kodak Theatre during PaleyFest to huge acclaim.

The crossover was so successful, that the producers of Supernatural asked Adams to write for the 15th and final season of the beloved show. Jeremy joined the writing staff as a story editor, where he penned two solo episodes. He became a “fan favorite” for his fast-paced and humorous scripts, gaining him the hashtag #nicestguyinhollywood within the online Supernatural community.

After writing several very successful films for LEGO and DC, LEGO also asked Jeremy to produce, write, and story edit their new original show called “Monkie Kid.” The cultural partnership took Adams to China to develop the show and participate in a documentary about its making with their international partners.

Abroad, Monkie Kid has been a massive success, with the first “special” reaching over fifty million viewers within the first week of release.

Adams quickly began to apply his craft to the delight of adult animation fans, writing the critically acclaimed Mortal Kombat Legends: Scorpion’s Revenge, which is currently the highest-grossing DTV for Warner Bros. Working closely with artist and legend Bruce Timm, Adams also wrote Batman: Soul of the Dragon and separately co-wrote Justice Society: World War II, both of which were released this year. Though his free time is limited, Adams also enjoys fulfilling a lifelong dream as the current writer for DC Comics, The Flash.

With five other animated movies on the horizon, including three seasons of the above-mentioned Monkie Kid set for American release this summer, Jeremy is always writing and creating new projects, all of which possess unbeatable action and plenty of heart.